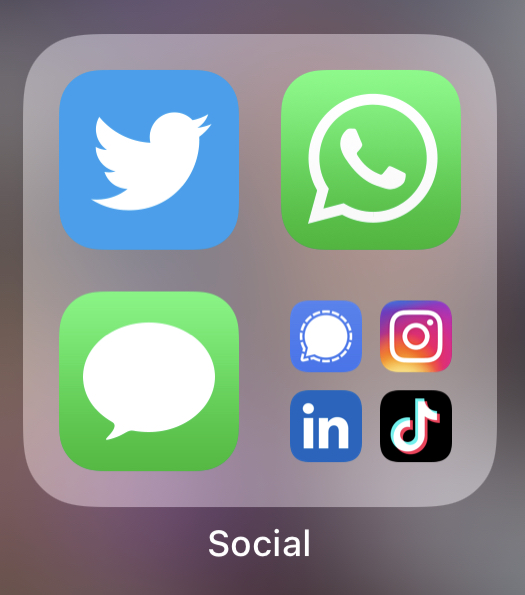 It takes more than a good product to win over a market.
Tobacco companies discovered one thing which served them very well for many years: Winning hearts is winning wallets. Big tobacco originally marketed itself as medicinal, at the time when there were no limits to what one could claim in order to sell a product. This was the era when “snake oil”, an actual potion, made from boiled rattlesnakes, marketed as the cure of all “evils, infirmities and lameness”.

Of course, snake oil was useless. It did absolutely nothing, never mind cure any evils, but it took some time to confirm this. Tobacco manufacturers had an even tougher challenge. For decades, smoking was well-known to be one of the worst things you can do to yourself. So how did those who profited most from it encourage people to keep on smelling bad and looking cool?

Big Tobacco was one of the world’s largest industries of the 20th century and to this day earns billions of dollars. On the way to creating, dominating and maintaining their market, tobacco companies learnt lessons Big Tech companies are benefitting from as they to reach what many believe will be their own zenith in the next few years.

Character trumps product
No matter what the merits and benefits of a lifestyle, or even an app, if it’s not tied to a perception which appeals to its users and keeps them loyal, it will remain unused. To borrow a metaphor from tech marketing guru, Geoffrey Moore, it will never cross the chasm.

Big Tobacco discovered early on that crossing the chasm from “some, mostly male, users” to “practically everyone” meant riding the wave of changing societal attitudes. An infamous example is that of Lucky Strike, whose publicity strategy capitalised on the mid-century women’s emancipation movement.

At the time, Equal Rights activists were focused on obtaining the vote, female financial independence, access to education and professional careers. Lucky Strike’s “ad men” trained their sights on another oppression in the list of women’s “Don’ts”, because smoking in public was frowned upon for “a lady”.

Lucky Strike’s “torch of freedom” campaign called for women to “light one” and empower themselves. This wave of advertising genius doubled the tobacco market and gained Lucky a loyal following. The president of American Tobacco called it “like opening a gold mine right in our front yard”.

Similarly, Marlboro Man and his far-away stare inspired a generation of men with his lonely promenades in desert landscapes, helping some of its (then) mostly male market tap into a perception of manliness. These rare male qualities, the thoughtful solitude, and the air of effortless glamour could be yours for the price of a packet of Marlboros (around 25 cents at the time of the first ad, in 1954). Not quite the same as free social networking, but what a bargain.

So how have Big Tech companies opened a new gold mine in their front yards, or rather a smartphone very near you?

History shows tech is following Big Tobacco’s footsteps. You can see the claimed cures. Salesforce proclaimed the end of software, a genius move which made it synonymous with a future-forward, visionary user, a buyer who leads rather than follows, and a certain kind of anti-establishment type of attitude to business.

Of course, this was not a trick – Salesforce did in fact usher in the era of the Cloud. But while SFDC’s very clever technical people worked hard, so did the PR machine: Salesforce reached a point where it spokes to business leaders’ very identity. Its Dreamforce events attacted rock stars, first ladies and even astronauts. These influencers said a little more than Malboro Man, but they worked just the same as brand builders.

Apple too, likes to sell a persona to its buyers, or tellingly users, who are often these days also teasingly called Apple Fanbois. The Apple user understands herself and is understood by others, to be discerning, with an eye for sleek design and a taste for top-shelf products.

You don’t just own an Apple product: you are an Apple user. Identity as purchasing power. Note the degree of emotional attachment to the product.

The growing Apple services business is designed to have the stickiness of an additive product. In this light, its recent crusade for ‘data privacy’ is a breakaway move designed to appeal to the intellect as well as emotions. This claim of an exclusive user benefit is as if Marlboro users achieved a benefit from switching from Lucky Strike. Once again Big Tobacco has been there and done this. Consider the Marlboro Lite, the world’s best-selling premium ‘low tar’ cigarette.

Being the “best” of the “very good” sucks
It doesn’t matter if your product is technically better. It won’t matter, ultimately, whether your users have a marginally smoother or faster experience, a bit of a security boost, or a relatively easier implementation time. When you rely only on technical advantages, your business is condemned to jostle with other, just-as-good businesses, and their marketers, and their loyal customers.

Big Tobacco quickly learned it made no difference to extoll the virtues of each one’s particular tobacco plant. Rather, it separated itself from the flock by asserting it was not just better, but different. With the slogan “it’s toasted” it put itself forward as the most wholesome of smoking options. It spoke to the refined taste of its users and their search for a superior product to consume.

In the tech world, companies who dominate do so by setting themselves apart and making themselves different. They create a category, and then reign over it, undisturbed by ankle-biting, “just as good” competitors. Just as with Big Tech, this is a process which can take some time.

Consider Facebook, which pushed aside the more tentative social networks like Myspace and Friendster, to become the uncontested medium for keeping up with old friends, connecting with new friends, organising and attending events, subscribing to news, and remembering birthdays. Innovations like the Facebook Like button and its newsfeed as well as strategic acquisitions of Instagram and WhatsApp, continues this trajectory. But the genius of Facebook was to literally have many gullible users upload their personas, in the shape of photos and personal data to its services.

The Facebook empire remains the dominant social media hub of the Western World and only now, almost unnoticed, is the world-beating advertising industry it created becoming recognised for the benefits and drawbacks it offers. This time the damage is not to the lungs, but perhaps to the mental wellbeing and information privacy of its users.

You cannot depend on advertising.
The ‘70s and ‘80st can reasonably be described as an apocalypse for the traditional advertising industry’s relationship with Big Tobacoo. Public health regulations prohibited advertising tobacco products. Gone were the lonesome cowboys and the stylish women and the happy couples and the friends sharing a cigarette. Gone were the search for loopholes in the health debate and the branding that equated cigarettes to a certain lifestyle its users wanted.

Yet tobacco kept selling. In fairness, smokers do tend to remain loyal, as it’s a very hard habit to kick – but how did Big Tobacco keep recruiting new customers? Because it has established itself as more than a treat or a luxury good, or even a household staple: it’s about how people see and understand themselves, it’s interwoven in the fabric of society.

These days, Big Tobacco is not trying to get you to smoke Lucky Strike for your social rights or Virginia to stay slim. Rather, it’s trying to keep you smoking, whatever the brand, and for that deploys a machinery which goes far beyond the Marlboro Man. In a world where elections have been interfered with and suicides ascribed to a ‘fun’ medium, the amount of political lobbying for social media is telling.

There is no better comparison in the tech space than Google. Google has made itself not-optional, indispensable, so much so that other browser options are seen as much inferior (even if they provide the same service, and occasionally with privacy perks, like DuckDuckGo).

Tech leaders, and the PR and Marketing agencies who advise them, should keep a close eye on the history and present of Big Tobacco marketing. It’s a lesson in selling and thriving against headwinds, occasionally against common sense. While tech is made to improve, not to destroy, the hard-learned lessons of Big Tobacco can help marketers today, as they try to make space in a crowded and demanding market.