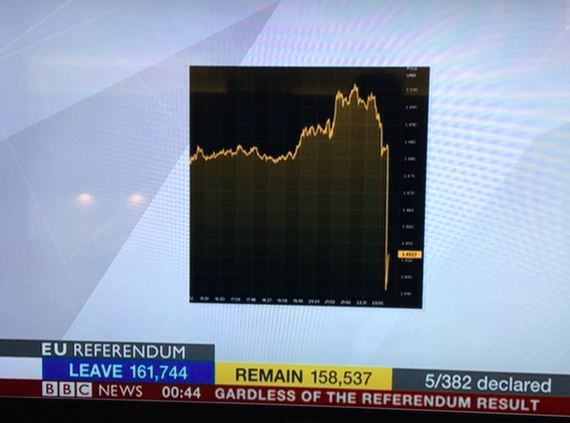 The decision by UK voters was unseen, bold and some argue innovative. The effects will take a long time to unwind and will no doubt be mixed. On one hand the pound is down, on the other tech firms should more easily recruit non-EU engineering talent. Eventually.
For now, politicians, regulators, employers and employees are absorbing the news. So far in the tech media, the negatives are winning the war with whole lists of why this democratic decision is a downer and will cost the UK economy billions. This is not helpful.
If we look hard at some of the more obvious consequences in terms of British services and goods being more affordable, thanks to the Pound’s wobbles, of the UK’s housing prices stabilising, or even reducing and the ability for UK tech firms to offer more roles to non-EU engineers, this is a case of glass half full.
Over time, the UK’s great leap may have some entirely foreseeable consequences such as currency volatility and even inflation. It may well have some very helpful unforeseeable consequences. For instance:

We made a choice and we have a choice. We can spend the next two years in a woulda, coulda, shoulda circle of self-pity, or think our way out. The enterprise IT industry, like the UK’s membership of the EU, is around 40 years old, who knows what we could achieve in the next 40 years.